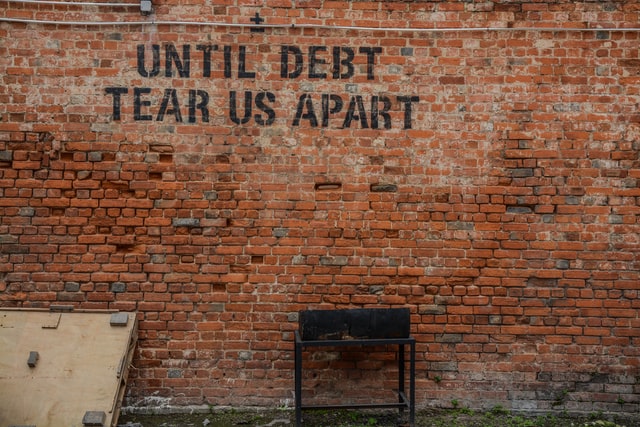 Trying to Pay Off Debt Quickly? Don’t Deprive Your Way to Misery

You’ve most likely stumbled across a debt payoff tale or two. These stories of former debtors who aggressively crush the entirety of their debt — save for their mortgage — in remarkably short periods of time — resemble the following: couples who have pay off $60,000 of debt in just under two years, $262,000 in 15 months, and $394,000 in a year and a half.

To achieve these debt-payoff feats, certain financial gurus advocate toward focusing every single modicum of one’s being on paying off debt. Don’t eat out at restaurants. Don’t buy any new clothes or gadgets. Take on a second job. Three if necessary.

In other words, stop enjoying life and devote every penny and moment of your waking being toward reducing your debt load.

The Debt Fatigue Struggle Is Real

If it sounds exhausting, it is. Putting every single effort toward knocking off your debt breeds an unhealthy debt-payoff culture that doesn’t look at the entire picture. For instance, tending to one’s other financial commitments, and things that are beyond one’s control — the growing wealth gap, inequality in gender pay, and that America’s fastest growing jobs aren’t paying a living wage.

There’s a reason why the 60-and-over set are being crushed by student loan debt. Why nearly 40% of Americans would have trouble covering a $400 unexpected expense with cash, savings, or a credit card by the next payment cycle.

Debt payoff doesn’t exist in a bubble. And it can be further challenging when a few wrenches are thrust your way. That’s what happened to Jessica Garbarino. In 2010, she was saddled with $56,000 in debt. The breakdown was a follows: $14,000 was credit cards, $13,000 on a car loan, and the remaining half from her business school student loans, She was first introduced to Dave Ramsey by her best friend, where she learned about the debt snowball method. For the unacquainted, the debt snowball is a popular debt reduction tactic where you knock out the smallest debts first.

And like many Ramsey-ites, Garbarino made a pact to herself to nip that debt as quickly as possible. While she dutifully made progress, debt payoff fatigue set in when some pretty major life events happened. She had to uproot from Minnesota to Florida to care for her grandparents, and she was eventually let go from her job. As she was struggling to find a new job, she had to put a half on making her mortgage payments just to make the monthly payments on her car.

By the time she secured a new job, she was behind several months on her mortgage payments. What’s more, she was dinged with legal and late fees. Garbarino felt like she had no choice but she let the house go into foreclosure.

“Between the loss of income, home foreclosure, and the stress of taking care of two elderly family members, I lost the motivation to pay off debt aggressively,” says Garbarino, who is an accountant by trade and founder of Every Single Dollar. It took her nearly a year and a half to get back into accelerated pay off mode. And when she did, she allowed herself to take her time to pay off debt. After five years, she was debt-free.

Melody Wright Johnson and her husband, the couple had racked up $212,000 of debt, not including their mortgage. “We accumulated this debt naturally — or as naturally one could — by taking out student loans and using credit cards to live a life we felt we deserved,” says Johnson, a financial empowerment coach and founder of Broke on Purpose.

The Johnsons tried a number of methods to pay off debt. They started with the debt snowball, then kicked it over to the debt avalanche, which is when you start tackling the debts with the highest interest rates.

A year into paying off their debt, the debt fatigue started to settle in. At that point they had paid off over $28,000 in under a year. “At the end of the month we had a ritual where we’d tally up how much we’d paid off and do a little dance,” says Johnson.

That’s when mental exhaustion would set in. “I would find myself just sitting on the couch thinking “now what?”, or dreading the fact that I had to hustle hard, sacrifice, and give all the hard earn extra money away again the next month,” says Johnson. “I began to resent our situation, even though I knew it was partly my fault we were in this mess.”

It was only after Johnson left a high-stress job that she took a step back on aggressively paying off her debt. “I realized that there was a lot more to life than becoming debt free,” she says. “We’d been so focused on paying off debt that we were missing out on moments with family we would never get back. We were choosing working our side hustles over creating memories we could cherish.”

While becoming debt-free is still important to the Johnsons, they decided not to put their debt payoff goals above enjoying their lives and time together as a couple.

If you’re experiencing debt fatigue, here’s how you can combat it:

Side hustle if you can afford to.
If you have the time and energy to, or find that certain side hustles could be a welcome change of pace than your day job, you might have an easier time avoiding burnout. What’s more, look for side hustles that don’t require a lot of materials, equipment, or costs to get started.

Look for easy wins with savings.
You don’t have to necessarily go from a two-car to one-car household, nor live out of a van to save money so you can pay off debt. Instead, save by nixing subscriptions and memberships you no longer use, or look for hidden fees. For instance, see you can nix monthly bank maintenance fees, or have overdraft fees removed.

Look at the big financial picture.
When you’re knee-deep in paying off your debt, it’s easy to lose sight of the fact that your debt payoff date is simply one milestone in your overall financial journey. “Chances are, if you are aggressively paying off debt, you are probably paying attention to your finances, which is a win in and of itself,” says Garbarino.

Break it down.
Garbarino also suggests breaking down your debt payoff into smaller chunks. For instance, by each balance or credit card, every $5,000, and so forth. And be sure to celebrate. “I would even say spend a little money to treat yourself,” she says.

Revisit your values regularly.
Johnson suggests to set aside a month where you take time off from paying extra toward your debt to give yourself time to recharge. You can also use the money that normally goes toward debt to enjoy life a little. “If you’re truly committed to your journey, you won’t have trouble jumping back in,” says Johnson. “If you can’t bring yourself to take a month off then give yourself permission to enjoy something nice to remind you of your hard work.”

Bottom line: Debt is exhausting. Many of those carrying debt experience physical, emotional, and mental exhaustion. They might be depriving themselves of simple pleasures, quibble over every single purchase, or take on so many extra side hustles that they get burnt out. No matter your debt load, it’s important not to deprive yourself as you pay off debt.

It’s important to remind oneself that debt is not a death sentence. And treating it like a disease that needs to be aggressively combatted will only lead to a miserable existence.