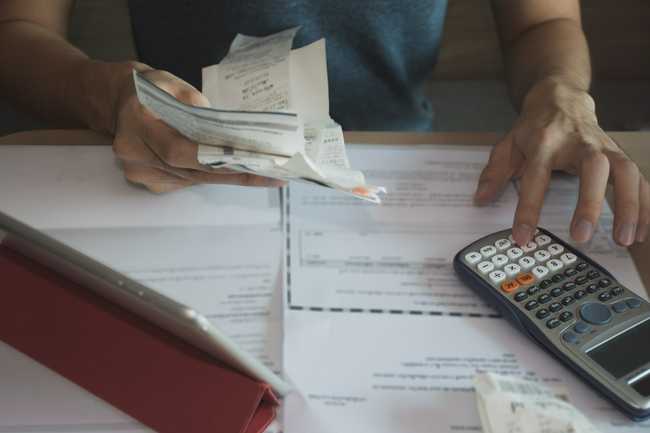 Can You Get an Overdraft Fee Refund? A Complete Bank Fee Refund Guide

Did you get slapped with an overdraft fee in the last year? Wondering how to get an overdraft fee refund?  You aren't alone. The FDIC says that banks raked in at least $11.45 billion in overdraft fees in 2017 alone - and those are just the ten largest national banks. It doesn't include your local bank down the street.

If you think that smells fishy, that's because it is. A report released in 2018 outlined the "unfair tactics" banks use to collect those fees. And unfortunately, data shows that overdraft fees are more likely to impact people struggling to make ends meet. A small number of account holders pay a large proportion of the total fees.  And unfortunately this is more likely to afflict those who do not have enough money to begin with.

Here's something else the banks don't want you to know: you can get an overdraft fee refund. It's true. You can also get other fees waived and reduced, too.

Keep reading to learn how you can take back control of your personal finances and avoid bad debt.

How to Get an Overdraft Fee Refund

Overdraft fees happen when your bank balance falls below zero. If you're lucky, the bank only charges you when you fall below -$5.00.

When it happens, the bank assigns you its overdraft fee. The average cost is around $33 per day your bank account is overdrawn. Some banks will charge you multiple times a day. Others only charge you if your account is negative at the close of the business day.

A combination of poor public policy with a business culture that doesn't value disclosure means that many people don't know that you can get a refund on your overdraft fees. You can also get reversals on your insufficient funds (NSF) fees, bank fees, maintenance fees, and even late payment fees.

So how do you get a refund?

Yes, it really is that simple.

Be Polite and Firm to Get Your Overdraft Fee Refund

All you need to do is pick up the phone and call your bank's customer service when you notice the fee. Be polite on the phone and say that you saw the charge and you would like it removed. Most agents will wipe it for you and tell you that they can only do so a limited number of times. It doesn't matter if it is the bank's fault or 100 percent your fault. Removing an overdraft fee is usually not a big deal.

In some cases, the agent will tell you they can't. Usually, it isn't because they 'can't.' They just won't do it. It's rarely a case of the agent being vindictive. Unfortunately, some banks count the number of waivers their agents give out; it's wrong, but the agent can get penalized for not making you pay the charge even if it's unfair.

Even still, you have options. If you rarely get overdraft fees, point this out. It looks good if it only happens once or twice a year. Additionally, if the overdraft is the result of your bank's slow processing or another issue, then point this out, too. The argument works best if you are a loyal customer, and you have been with the bank for a while. Banks make more money off of you being an account holder than by charging you random fees. Your leaving the bank for a new one isn't worth $36, so the bank usually instructs the agent to waive it rather than risk you choosing to close your account.

If you still don't get anywhere, ask to speak to someone else. Alternatively, hang up and try again. You might get filtered through to someone either more forgiving or who has more leeway in providing waivers.

If you feel comfortable doing so, you can also bring up any extenuating circumstances in your life that may have caused such fees.  The coronavirus pandemic, for example, has affected millions of people and banks want to do what they can to help out.

Finally, if your phone calls fail, visit the branch in person. They deal with fewer irate customers than phone agents do, and they may even recognize you from your regular interactions with the bank. Dress well, be polite, and ask nicely. It's not hard.

However, there is a trick that's much easier than calling the bank or credit union and spinning the roulette wheel of customer service agents. Our best tip is avoiding the feels in the first place. We'll show you how below.

Remember: The Rule Also Applies to Other Fees

Did you miss a payment and receive a late fee? Get hit with an NSF fee after writing a check? Pay extra interest?

You can get these waived, too.

Generally, the same rules apply. If you usually pay on time, don't misuse your checks, and try to keep on top of your money, you can usually call and request the removal of most extra fees and charges.

How to Avoid Overdraft Fees in the First Place

Americans pay billions each year in overdraft fees in addition to what banks make off their accounts. But most people don't intend to go into overdraft.

A Pew research study showed that 68 percent of people who get overdraft fees would rather see their debit card transaction declined than pay the fee. The number suggests that most of us aren't using the overdraft as a credit system. It's an honest accident for simply having a low balance at the time of purchase. And given how slow banking transactions can be in America, it's not a surprise that so many people end up in overdraft unintentionally.

Do you know what many Americans also don't realize? You have the right to opt-out of overdrafts and decline the fees altogether. Unfortunately, when you call the bank, the agent doesn't gently tell you that you don't need to use the overdraft function. And you likely don't remember opting-in to it when you opened your account.

Back in 2017, the Consumer Financial Protection Bureau started testing out a new form dedicated to making the overdraft system more transparent.

In the meantime, you need to learn how to avoid overdraft fees right now. How do you do that without winning the lottery? We'll show you.

When to Opt-Out of Your Overdraft Protection

If you're one of the majority of people who would rather see your card declined than get hit with a $35 fee for a $5 overdraft, then there's something you can do about it.

Turn off your overdraft protection.

Overdraft protection and fees are optional, and if your bank allows you to use your card even if it sends you into an overdraft, then you're probably enrolled in their overdraft program.

When you opt-out of your overdraft, your bank will decline any transactions that send you below a balance of $0. Because most of us have online banking, all you need to do is log in to see what's in your account vs. how much you want to spend and adjust accordingly.  However, a lot of banks put you between a rock and a hard place and for those rejected transactions you will likely be subjected to the NSF fee which is typically the same amount as an overdraft.

How do you get out of those fees? Call up your bank or visit a branch and ask them to turn it off and specifically request that they do not charge an NSF fee for rejected purchases.  If they do not offer this, we recommend looking for a no-fee banking option.

Keep in mind that this will only protect you with one-time card purchases. It won't stop the fees from checks that bounce or get returned or trying to withdraw more funds than you have from an ATM.

When to Use an Overdraft Protection Service

If you would like to use an overdraft protection service that automatically transfers money into your account from another account to prevent overdraft fees, the number one rule is to make sure you have enough money to in your connected accounts to cover any transaction. Usually, the bank sends money from your savings account into your checking account to cover the balance.

You can also connect your credit card account but make sure you are aware of the conditions of doing this.  For example, for most major banks such as Bank of America, Chase, or Wells Fargo, you will be charged interest on the fee at the interest rate disclosed in your cardholder agreement.

While these programs are helpful, they misunderstand the problem in two ways.

First, many people aren't able to save. Almost 58 percent of Americans have less than a grand in the bank. If you are someone who doesn't have the cash to save or you don't even have a checking account, then overdraft protection is a moot point.

Most banks provide this service free of charge. All you need to do is confirm your phone number and opt-in. You'll get your checking account balance delivered by text when you're low on money. The alert system is something everyone benefits from. It's particularly helpful if you are one of those people who fear looking at your account balance.

Overdraft Fees Are Killer, but They're Not Mandatory

Both more industry veterans and legislators see overdraft programs and the lack of transparency surrounding them as unfair for consumers. Your bank makes money off you every day. Do they need to con you out of $35 for dipping $5 below zero, too?

Fortunately, you can get an overdraft fee refund - and NSF, late payment, and bank fees are often refundable, too. All you need to do is ask the bank and hope you get a service agent who can help.

Do you struggle with getting rid of unfair charges like overdraft fees. How much time do you waste on hold while hoping you get a nice customer service rep? Harvest can help. We automatically negotiate bank fees such as overdrafts, ATM fees, NSF fees, and even interest charges with your bank so that you can skip the bad debt that brings too many of us down. Visit our site to see if we can Auto-Negotiate with your bank.  We also have assisted negotiation tools free of charge available covering over 15,000 financial institutions.