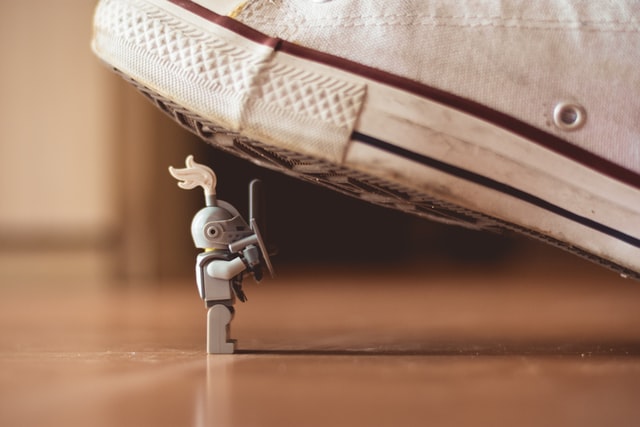 Dreaded NSF Fees & How to Get Rid of Them

You try hard to save. You try really hard to stay disciplined because, contrary to what everyone believes, you actually want to think about your future.

That’s a lot of our users — young adults who are trying extremely hard to be responsible. But it’s hard: living paycheck to paycheck, paying student loans, even personal loans and then the occasional slip up happens that hurts your fragile finances — for example your direct deposit gets delayed.

You do all the right things, given your situation.

Between an Overdraft and a Non-Sufficient Funds Fee (NSF)

Your direct deposit gets delayed because of a weekend or the ACH system. You have barely enough money in your account for anything else.

This fees can have a domino effect. Say your phone bill is on autopay and charges your designated account.  The bank declines it and you get charged $35 in NSF fees.

You may even have a round up savings app which tries to round up your recent transaction and charges your account.  The bank declines it, and you get hit with another $35 NSF fee.

The well-meaning transactions, which were helping you save little by little suddenly don’t look helpful any more.

By this time, your balance is heavily in the red. Your direct deposit comes through, but it isn’t enough to cover through your regular expenses PLUS all those NSF fees you have amassed. Your balance is still in the red.

Then the savings apps you were using before try their transactions again (it hasn’t been paid for its transaction — remember — the transaction was declined by the bank). Bank declines it, you get charged another set of $35 NSF fees.

Most merchants retry every 4 days for at least half a month. So the same declined charge could cost you 4 NSF fees until the merchant gives up. Overdraft would have cost you one (*theoretically *— overdraft has its own share of repercussions).  Some merchants continue to try for 10 days straight. Often, this happens before the customer realizes such repeat transactions are happening. By that time, the customer often builds up more than $1000 in fees alone with the bank.

That’s only the bank. The merchant will also then come after you for non-payment and tack on additional fees. Most businesses will not only charge you late fees on your account, but will also charge an additional fee for bad checks or bounced checks.

To those who have not had to deal with such situation, it may look unbelievable or even exaggerated. However, we see this day after day among many of our customers. Of our customers who have NSF fees, more than 70% are victims of this vicious cycle.

If the bank pays a debit card transaction that would otherwise be declined, users would incur overdraft fees, but the merchant would not keep on retrying to get that money. In such cases, the only party the user has to deal with is the bank. If you have already incurred overdraft or NSF fees, companies like Harvest Platform can help you get back on track by negotiating refunds on your behalf.

If the bank doesn’t pay a debit card transaction and declines it, then users should *immediately* call the merchant and stop the chain of retries that leads to repetitive NSF fees being charged for the transaction. If users don’t do this, it will most certainly lead to fee increases of hundreds per day. To put things in context: a one time charge of $35 in NSF fees by a single merchant, if retried for 6 days consecutively, costs $210 total even if paid on the 7th day. If explained in interest rates, that number is a sky high 30,000% APR!

Now imagine if you were to catch this late and several merchants are retrying all their transactions.

In fact, overdraft protection was initially introduced as a way to reduce non-sufficient funds fees. Exactly because of issues mentioned above, banks and credit unions began setting up overdraft protection, and sometimes a line of credit from the user’s savings accounts or with variable APR from the bank itself. This way, the user would get charged an overdraft fee, but would avoid the repeat declines, late fees and interest charges with the merchant itself. One could even assume, the intent was good at first.

But as overdraft fees started representing a significant source of revenue for banks, the benevolent nature of such fees started disappearing.  Initially applied to just checks and electronic payments, overdraft protection started becoming applied to ATM withdrawals and debit card transactions. For a long time, banks could also enroll account holders in overdraft protection without their permission, until a policy change  happened after the financial crisis. Overdraft fees come with their fair share of trouble for users, but there is a certain amount of utility  that comes with overdraft protection that is not provided by NSF fees.

So, what can someone do to avoid NSF fees on their checking account besides overdraft protection?