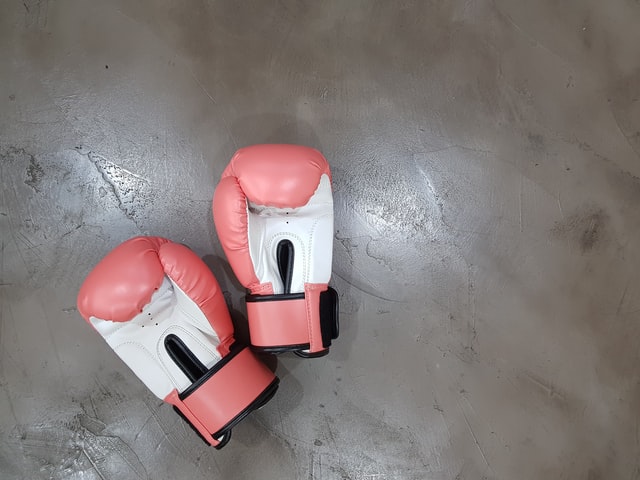 How to Fight Overdraft Fees

Just about every bank, regardless of whether it’s a commercial bank or a credit union, will charge fees to stay in business. In 2017, Market Watch found that consumers were paying 33.4 billion on overdraft fees alone. Unfortunately, with even consumer-friendly credit unions charging overdraft fees at double what they used to, times are only getting harder on those who continue to deal with overdraft charges to their account.

To help you save as much of your hard-earned cash as possible, we’re going to cover the most helpful information we have about how to fight overdraft fees and get them waived, how to avoid overdraft fees in the first place and what smart banking decisions you can make now to continue saving money.

The Story from the Banks

Banking in the U.S. has been controversial from the very beginning. From central banking issues as early as 1791, politicians and customers alike have struggled to find the best way to make money secure, simple to use and easy to access. Because this is such an important, basic service for just about everyone around the world, it can be easy to forget that banks are actually out there to make a profit. After all, you likely have access to a free checking account and get dividends from interest accumulated in your savings account. If you’re making money by using a bank, how do they stay in business?

Banks, whether they’re one of the big commercial banks, a community bank or a credit union, make money in three main ways: net interest margins, fees and interchange.

In order to stay profitable, banks have to make more on their investments than they pay out in expenses (like savings accounts and certificates of deposit). To break the banking process down, you have to understand how your checking and savings accounts work.

Every time you deposit money in the bank, you are allowing the bank to invest that money, which goes toward providing other members of the bank with loans and mortgages. You can still withdraw all of your money despite this, as each bank is required by law to keep enough monetary reserves to allow you use of a functional checking account.

Each time a loan is taken out from a bank, the bank makes money off the interest that’s charged for the service of using that loan. This is banking at its most basic, so when a bank wants to make even more money while keeping interest rates down, they have to draw money from other aspects of their service.

Interchange describes the process of using your credit or debit card to make a purchase. Each transaction requires the merchant to pay an interchange fee to your bank and their bank for the exchange of money. All of this is done electronically and essentially instantly. Sound easy to abuse? It is, which is why legislation has been made to regulate how much banks can charge a merchant over interchange fees.

This process is also what pays for those extra benefits on your credit card rewards. Each one of those rewards cards costs the merchant more per transaction. By regulating secure payments between customers and vendors, banks can make enough of a profit to offer rewards and other perks for using credit and debit cards.

How much do banks make in overdraft fees alone? As we’ve mentioned before, the digits were measured at 34.3 billion in 2017. On top of that, multiple sources across the U.S. have reported that ATM fees are also rising as, ironically, the demand for cash decreases in favor of cards, smartphone technology and money sharing apps. Regardless of the institution your work with, you will undoubtedly run into convenience fees like withdrawing money from an ATM that isn’t in your bank’s network or getting slapped with a late fee when you miss a payment on your credit card.

Fees are one of the biggest reasons people avoid getting a bank account altogether, so in order to deal with the worst of the fees you can run into, it’s important to bank with an institution you can trust and engage in good financial practices that will ultimately help you avoid typical fees.

How to Get Overdraft Fees Waived

The best strategy to getting an overdraft fee waived depends largely on the bank you’re working with and your standing as a customer. First-time overdraft fees can usually be waived if you’re on good standing with your bank: all it requires is a conversation. Similarly, if you’re an excellent customer and have rarely ever been charged with an overdraft fee, you can still use your good standing to encourage your bank to drop the fee so they don’t lose your valuable business.

In some cases, overdraft fee forgiveness is already written into the service agreement from your bank. In one example from Wells Fargo, your direct deposit can make all the difference. If you accidentally overspend one night, the charge may be forgiven if you make a direct deposit that covers those charges before 9AM the next day.

Banks all have different practices for handling overdraft fees across varying circumstances, so understanding your overdraft terms and agreements early on can go a long way toward getting the fee waived or avoided in the first place.

Talking to Your Bank

Though it may be intimidating to speak with your bank directly about fees already billed to your account, it’s often an easy process for the bank to refund that money back to them. There are a few practices you can use to tilt things in your favor, such as:

How to Avoid Overdraft Fees

Overdraft fees can happen to anyone. All you have to do is run low enough on your bank balance until a transaction takes your balance below zero. Every charge after that point incurs an overdraft fee as the bank essentially charges you for making it cover your transaction.

The best way to deal with bank fees is to avoid overdraft fees in the first place. While banks have faced a lot of criticism for their often unclear overdraft services (many people aren’t even aware that they opted into an overdraft service when creating a checking account), the fact remains that overdraft fees are extremely common. With each of those fees hitting an average of $30, even a small transaction can hit your bank account hard.

Avoiding overdraft fees is as easy as opting out of the service provided by your bank. While many people don’t even remember signing an overdraft agreement in the first place, turning off the service is as easy as making a phone call or visiting your bank. The downside is that your card will be rejected whenever a transaction will take you below your actual account balance.

Opting out of overdraft services doesn’t solve everything in one blow, however. Recurring payments and checks can still go through, so it’s best to track such payments before your account balance gets too low.

Overdraft protection works by preventing any transaction that would normally bring your account balance below zero (which would then trigger an overdraft fee) from doing so. Rather than denying the transaction, money will be pulled from another account or line of credit, which is typically your savings account or credit card.

When you have overdraft protection, you’re always guaranteed that a check or transaction will go through. There is, however, a tradeoff that usually comes in the form of monthly fees or transfer fees to cover the deficit. If you’re prone to overdraft fees, opting into overdraft protection may still be able to save you some money and keep your bank account in good standing.

Smart apps on your phone or other portable device can help you save a lot of money through intelligent money managing systems. Whether you want an app that tracks your spending and alerts you when you’re running low, an app that keeps you informed of your credit score and how your current activity is affecting it, or an app that consolidates all of your debts and accounts so you can manage them all in one place, you can easily find it.

Harvest is one such app that helps you spot bank fees quickly so you can start negotiating them or avoiding them so you can save money! Try signing up today to see what a difference Harvest can make for your bank account.